Michelle then attended and graduated from Platte Valley Bible College in Scottsbluff, NE. It was there that she met Jerry Russell, and they were married June 11, 1967. They had two children, Anne Marie and Jeremy.

The family lived in several places through the years until Michelle and Jerry moved back to Gillette for good in 2002. As well as always being active in church as a Sunday School teacher and bible study leader, Michelle had a varied career path and many different jobs; secretary, teacher, optician, bookkeeper, and publisher, to name a few. But she often said her favorite and most important career was that of being a wife and mother.

She was always happiest being a homemaker, her family her greatest joy. Michelle is survived by four sisters; daughter, Anne Birdie; son Jeremy (Ruth) Russell; granddaughter, Megan (Justin) Harper; and great-grandchildren Alice and Michael Harper. She was preceded in death by her brother, her parents, and her beloved husband, Jerry.

Memorials and condolences may be sent in care of Gillette Memorial Chapel 210 West 5th Street, Gillette, WY 82716. Condolences may also be expressed at www.gillettememorialchapel.com 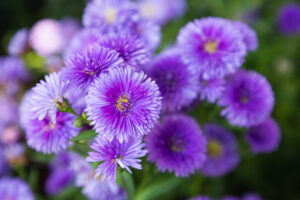 Ralph (Butch) Thomas Hilton passed away peacefully at his home on February 18, 2022.  He was 80 years old. Funeral services for Butch will be Monday, February 28, 2022, at 2:00 pm, at Family Life Church, Gillette, Wyoming, with Pastor Marty Crump officiating.

Butch was born July 4, 1941, (he loved reminding his family and friends he was as old as Mount Rushmore) to Ralph and Nelle Hilton in Enid, Oklahoma.  He graduated high school in Powell, Wyoming May 26, 1959.  Butch had an entrepreneurial spirit and started his first business shortly after high school graduation hauling water to two different oil fields. He expanded this business and began hauling asphalt for roads, runways, and parking lots. Butch married Randy Threat on August 6, 1959, and to that union two children, Lance and Ranelle, were born. They later divorced.

Butch moved with his children to Gillette, Wyoming in 1974, where he hauled for Salt Creek Freightways and ran the Black Hills route. During that time, he met and married Darla Haefs on May 2, 1975, adding Steve and Alan to the family. Butch open several other businesses including Tommy Tune and Flying Colors. He enjoyed working with his customers and developed many friends throughout his life.

Butch and Darla were members of the Campbell County Classics and Customs Car Club for many years and together they bought and restored numerous classic cars which they enjoyed showing at car shows over the years.  Butch was a member of the Radio-Controlled Airplane Sage Hoppers club where he flew numerous model planes including one with a 10-foot wingspan. After the death of his wife Darla in 2012, Butch found his church home with Family Life Church. P

astor Marty Crump became a dear friend and baptized Butch a few years ago and we take comfort in knowing Butch has gone before us to prepare the way. He is survived by his children, Lance and Tammy Hilton, Ranelle and Henry Throw, Steve and Janell Haefs, Alan and Danielle Haefs, his brother Rex and Evelyn Hilton, and his stepbrother Michael Coley as well as many grandchildren, great grandchildren and friends.  He is preceded in death by his wife Darla, mother, father, and one brother.

A memorial in Butch’s name will be established to benefit the Campbell County Humane Society, Gillette, Wyoming.  Donations can be sent in Butch’s name in care of Gillette Memorial Chapel, 210 W. 5th St., Gillette, WY 82716.  Please visit www.gilllettememorialchapel.com to share your memories and condolences.

Obituaries on County 17 are a free service to our community. If you would like us to publish an obituary for a family member you have lost, please email us at obits@county17.com

Some obituaries have been republished with permission from Gillette Memorial Chapel.