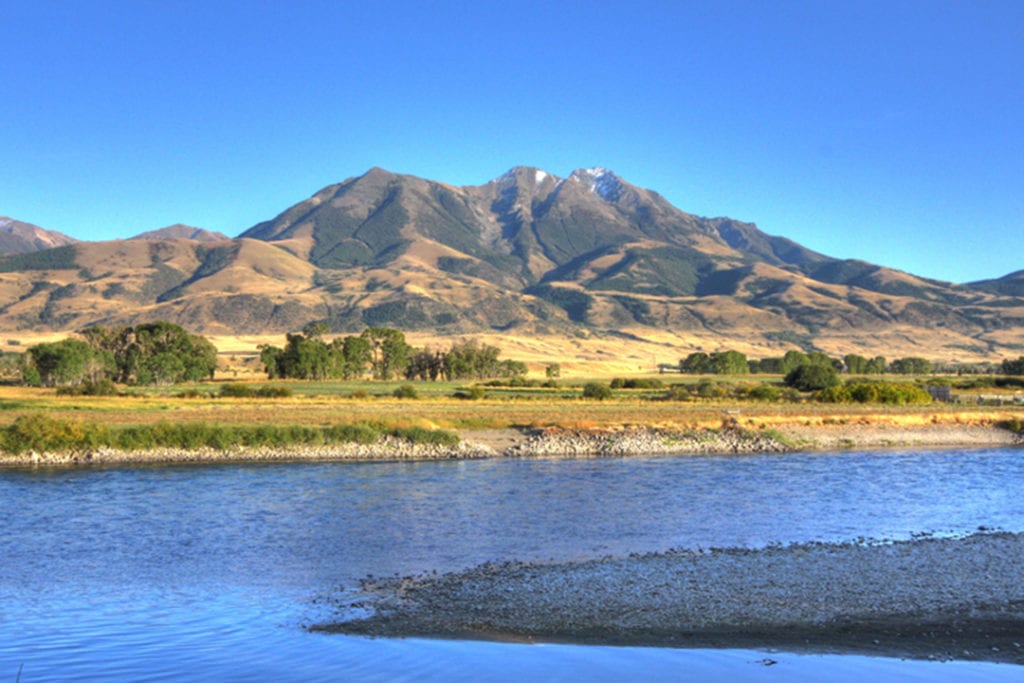 Emigrant Peak in Montana is seen in 2008. The landmark near Yellowstone National Park was included in a sweeping conservation bill passed by the Senate on Tuesday. The area has recently been threatened with prospects of gold mining, which is now not possible under the new bill. (WikiMedia)

BILLINGS, Mont. (AP) — A hiker in Montana who went missing earlier this week was killed in a suspected encounter with a grizzly bear north of Yellowstone National Park, authorities said.

The victim was identified as Craig Clouatre of Livingston, the Livingston Enterprise reported. No details were provided on where he was found. Authorities were working Friday to return the Clouatre’s body to his family, Park County Sheriff Brad Bichler said in a social media post.

Search teams on the ground and in helicopters had been looking for Clouatre after he went to the area on Wednesday with a friend, possibly to hunt for antlers, and was reported overdue that day, according to the sheriff. The search concentrated on the Six Mile Creek area of the Absaroka Mountains, located about 30 miles (48 kilometers) south of Livingston, Montana.

“They split up at some point later in the morning,” Bichler said. “When the other man returned to their vehicle and his friend wasn’t there, he called us and we began searching Wednesday night.”

State wildlife officials were responding to the scene but Montana Fish, Wildlife and Parks spokesperson Greg Lemon said he had no further information.

Since 2010, grizzlies in the Yellowstone region killed at least eight people.

Among them was a backcountry guide killed by a bear last year along Yellowstone’s western border. Guide Charles “Carl” Mock was killed in April after being mauled by a 400-plus pound (181-plus kilogram) male grizzly while fishing alone at a favorite spot on Montana’s Madison River, where it spills out of the park.

Grizzlies are protected under federal law outside Alaska. Elected officials in the Yellowstone region are pushing to lift protections and allow grizzly hunting.

The Yellowstone region spanning portions of Montana, Idaho and Wyoming has more than 700 bears. Fatal attacks on humans are rare but have increased in recent decades as the grizzly population grew and more people moved into rural areas near bear habitat.